Urinary tract infections, most commonly referred to as UTIs, cause more than 7 million healthcare visits annually in the United States. While you can effectively treat UTIs with antibiotics, sometimes the symptoms remain present even after the completion of the course of antibiotic medication. So what to do if you are suffering from antibiotic resistant UTI? When can you expect the symptoms to disappear? Let’s find the answers to these questions.

Symptoms of UTI stay put even after antibiotic treatment

This infection stems from bacterial growth that can plague any part of the urinary tract. In most cases, the lower urinary tract, including the bladder and the urethra, is inflicted by this disease. Such infections are generally easy to treat as they are uncomplicated. On the contrary, if the upper urinary system is infected by bacterial growth, it may affect your kidneys, causing severe infection. In the worst scenario, pyelonephritis, a complex condition of the kidneys, can be life-threatening.

However, the common symptoms of UTI include frequent urination along with pain and burning sensation at the tip of the urethra while urinating. Other symptoms include:

Sometimes, women in their menopause or post-menopause phase suffer from urinary tract infections without any antibiotic resistance patterns. However, in general, women are 30 times more susceptible to developing UTIs than men owing to the shorter length of the urethra. This implies that it is easier for bacteria to travel from the urethra to the urinary bladder.

Bladder infection in women is primarily caused by acute cystitis. Moreover, the bladder-related disease is excruciating and causes a lot of inconveniences. Left untreated, it can gradually spread to the kidneys and even cause death.

All UTIs do not show signs and symptoms in those affected. Thus, sometimes, the patient can be unaware of the conditions. In essence, the common symptoms of UTI include:

Generally, antibiotic treatment is highly effective in clearing urinary tract infections, and the symptoms are resolved within a week. However, certain conditions can cause the symptoms to remain even after this treatment.

In general, there are three common variants of antibiotic-resistant infections:

Inflammation in the bladder region is marked by a painful and burning sensation while urinating. It also causes a frequent urge to urinate along with cloudy urine.

Inflammation of the urethra causes this infection, and its symptoms include a burning sensation and a discharge from the urethra.

This type of UTI is caused when one or both kidneys are afflicted by infection. In such conditions, the patient might experience chills, fever, nausea, vomiting, and pain in the lower back region.

Antibiotic resistant UTI occurs when the bacteria responsible for the infection doesn’t get affected by the prescribed antibiotic. Since this is one of the most common forms of the disease, the ones not afflicted by antibiotics are also rising. In addition, antibiotic-resistant UTIs are also increasing in people with recurrent or chronic UTIs.

Use of ineffective antibiotics

Several species of bacteria are responsible for causing urinary tract infections. The most common among these is known as E. coli which doctors claim is the cause of 90 percent of infections. Escherichia coli lives in the intestinal tract of human beings, but it can lead to severe conditions if it enters the urinary system. That’s why experts always recommend practicing good hygiene to prevent these infections.

It’s important to mention that though E. coli is responsible for common infections, but they cause not all UTIs. Therefore knowing the exact cause of urinary tract infection is essential for devising the right treatment plan. That’s why your healthcare expert prescribes a urine culture and urinalysis to understand the root cause of UTI.

Suppose you are suffering from a urine infection caused by a bacteria other than E. coli or virus, but you are taking antibiotics to get rid of E. coli. In that case, you have no chance of recovery. In such situations, receiving other treatments to remove the causing antimicrobial agents is vital.

In some instances, antibiotic medications fail to resolve the symptoms since the root cause of the disease is not UTI. Instead, any other condition may cause similar symptoms, and some of them include:

Reasons why antibiotics are not working in your UTI

As is already said, chronic UTI sufferers often complain that their condition has not improved even after completing the course of prescribed antibiotics. Experts have described common reasons and cases different from regular urinary tract infections.

Notice that your condition worsens even after taking the antibiotics your doctor prescribed. The reason could be that the bacteria causing the UTI don’t respond to that specific drug. Do you know about superbug bacteria that can endure all classes of antibiotics? Unfortunately, today, physicians are facing antimicrobial resistance more commonly than before.

When your condition responds to the antibiotic treatment you have administered, you should ideally start feeling better from the third day. The bacterial load gradually subsides by this time; thus, symptoms tend to fade. At least cloudiness and odor in the urine or presence of blood should reduce within two days of administering antibiotics.

When this is not the case with your condition, you should undergo a urine culture test to determine which class of antibiotic works for you. If you take various antibiotics without being aware of bacterial drug sensitivity, the guesswork can increase the chances of developing an infection with antibiotic resistance.

2. Maybe the underlying condition is not UTI

UTI is not the only condition responsible for causing UTI-like symptoms. And this happens way too often, especially when you have often suffered from UTI. In some instances, you may even start feeling after taking these drugs, but after a few days, some symptoms may surface. This can be unclear, particularly if you are slightly relieved by taking antibiotics.

If you have seen that drinking more water has helped alleviate your condition, it could be because the urine is diluted. In addition, it reduces the irritation of the walls of the urinary bladder. Thus it would be best if you discussed it with your healthcare expert in case some of the symptoms persist after taking antibiotics to check whether you are suffering from a resistant UTI.

3. Return of symptoms after being cured with antibiotics

Contrary to the last scenario, if your urine test has shown that UTI is afflicting you, you may be well after being treated with antibiotics. But the real issue begins when you start experiencing symptoms again.

This can happen due to two reasons. First, the antibiotic dosage may have failed to eradicate the infection. Or you have been re-infected by UTI. If the symptoms have started again after 2-3 days, the antibiotics couldn’t flush out the disease thoroughly. But if the infection has begun showing signs after 2/3 weeks, you most likely have been re-infected.

Treatment options for UTIs other than antibiotics

Previously, you may have taken UTI-treating antibiotics like ciprofloxacin or trimethoprim. But in the last few years, it has been seen that the efficacy of these two antibiotics is gradually decreasing.

It’s important to mention here that antibiotics tend to function within two days of being it, but it is also critical to complete the course of the drug. This is because antibiotics take a longer time to kill and eliminate all the bacteria. So those people who tend to stop the continuation of antibiotics after they start feeling better are likely to suffer from reoccurring UTIs.

Pregnant women afflicted with UTIs should seek medical attention immediately. While UTIs are common health trouble for expecting mothers but can lead to further complications if not addressed correctly. In the worst scenario, it can surge the risk of the baby’s premature birth and low weight at birth.

You can easily understand that your UTI is not responding to the antibiotics you are taking when you persistently suffer from abdominal pain, nausea, and vomiting. Sometimes, these symptoms occur with high temperatures up to 100.5 degrees.

If left untreated, your UTI can lead to more severe complications such as irreparable damage to the kidneys. Infection in kidneys can be fatal sometimes, mainly if it has gone to the extent of septicemia. It is a condition when bacteria find their way into the bloodstream and causes blood poisoning. That’s why it is crucial to follow your doctor’s advice when suffering from UTIs.

Sometimes, lifestyle changes also help subside antibiotic-resistant UTIs’ symptoms. For instance, you should always prioritize good hygiene to prevent recurrent infection. You should never hold urine for long and clean it from front to back after intercourse and urinating.

Also, drinking plenty of fluids regularly is of utmost significance. This is because water flushes out bacteria which, in turn, rules out the chances of infection. In addition, getting adequate vitamins and minerals through fruits and vegetables boosts our immune system. For example, citrus fruits such as oranges, likes, and grapefruits effectively treat UTIs.

Moreover, probiotics also help in reducing the risk of UTIs. With the antibiotic treatment, many beneficial bacteria are lost; thus, probiotics help restore them. Last but not least, drinking cranberry juice can also help ward off UTI with antibiotic resistance.

The connection between UTI symptoms and cancer after taking antibiotics

Several pieces of research have suggested that frequent UTIs can be linked to an increased risk of urinary bladder cancer. Two types of cancer are attributed to causing symptoms similar to UTI: prostate and bladder cancer. If you suffer from any of these symptoms, you must consult an expert without any delay. The symptoms of bladder cancer include frequent and painful urination, blood in the urine, incontinence, and pain in the lower back and abdomen.

Prostate cancer also has a handful of signs and symptoms like bladder cancer. It doesn’t respond to antibiotics; over time, it can become more severe and lead to a life-threatening situation. The symptoms resemble bladder cancer and can cause suppressed urine stream and erectile dysfunction.

A UTI or Urinary Tract Infection is an uncomfortable and potentially life-threatening infection when left untreated. UTIs should never be ignored or taken lightly despite being a widespread occurrence. What may begin with an irritating inconvenience can turn into a severe and recurring medical condition. It is seen that women are more prone to having this infection, and thus, they should be aware of the signs of symptoms of this disease.

If you are suffering from antibiotic resistant UTI, you should follow your doctor’s instructions and complete the course of medication. However, if you see that the infection remains even after taking the prescribed medications, you should seek your doctor’s advice without further delay. 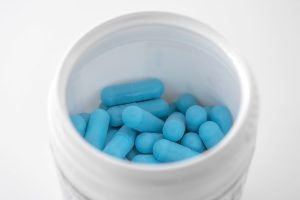 Doxycycline for Acne: How It Works, Benefits, Side Effects & More 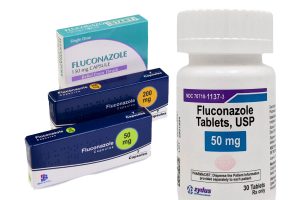 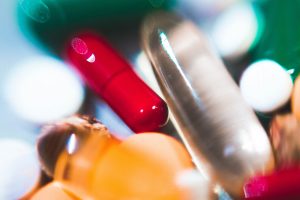 Who Can Use Amoxicillin for Chlamydia: Dosage, Side Effects, and More