Chlamydia and gonorrhea are infections contracted through the bodily fluid exchange during sexual activities. These two infections are caused by bacteria and are very common among sexually active people

You can get any of these infections if you have sexual contact with an infected person without using a condom. The symptoms of the infections are similar in nature, so it can be challenging to tell them apart without a diagnostic test by a doctor.

Most people with chlamydia or gonorrhea may not experience symptoms. However, in cases where the symptoms occur, there are similarities between the two infections.

These symptoms may include discomfort or burning sensation when peeing, abnormal smelly discharge from the penis or vagina, or abdominal pain.

Chlamydia is more prevalent than gonorrhea. A 2017 report showed that over 1.7 million chlamydia cases were reported in the US alone, while 550,000 cases of gonorrhea were recorded. If left untreated, these infections can cause severe health complications.

Chlamydia and gonorrhea: similarities and differences

These two infections are bacterial infections that can be transmitted through any sexual contact that involves the exchange of bodily fluid from an infected person.

They are both highly contagious and prevalent among sexually active young people. Chlamydia and gonorrhea are usually found in the genitals if you’re infected. Still, they can also be found in the throat or anus.

They are both similar because they don’t often cause symptoms after exposure. For example, someone may be infected with chlamydia and gonorrhea without knowing it.

In addition, the symptoms of the infections can sometimes overlap, making it hard to determine which one it is without screening.

Even though the two infections may share similar qualities, they are not caused by the same bacteria. Chlamydial infections are caused by the Chlamydia trachomatis bacteria, while Neisseria gonorrhoeae (known as gonococcus) causes gonorrhea.

The CDC reports that some men and women with gonorrhea may not experience any symptoms. This is the same with chlamydia as well. In cases where the symptoms appear, they might not occur for several weeks.

Some of these symptoms overlap, so you must get tested by a doctor once you experience any of these.

Symptoms may also occur in the anus, causing;

You can also experience symptoms of these infections in the throat. For example, you may get a sore throat; however, oral infection of this kind typically shows no symptoms.

Some men may experience these symptoms if they have chlamydia;

Symptoms of gonorrhea can be different in men and women. Some common symptoms in women include;

For men who have gonorrhea, the most common symptoms include;

Chlamydia and gonorrhea can be asymptomatic; therefore, it is vital to get screened regularly even if you don’t experience any sign of infection.

Sexually active young women have a higher risk of getting infected.

According to the CDC, sexually active young people between 14-25 years of age are more at risk of these infections.

In addition, people who engage in sex with multiple partners or a new sex partner are also more at risk of getting infected.

People who have recently had another STD are also included.

How to get tested

The nucleic acid amplification testing (NAAT) using vaginal, urine, or cervical fluid samples is one of the most common ways to test for both infections.

Vaginal swabs are the most effective way to ensure enough sample is collected when testing for these infections in women. The throat, anus, or eyes can also be swabbed to test for these diseases.

How common are chlamydia and gonorrhea?

These two infections are some of the most common sexually transmitted diseases in the United States of America. This is because they are highly contagious and can exist in a person’s body for several years without causing symptoms.

How to prevent gonorrhea and chlamydia

There are different measures to protect yourself from getting infected with gonorrhea or chlamydia. The most effective way is completely staying away from sex since both chlamydia and gonorrhea are caused by the transfer of bacteria during sex.

However, if you cannot stay away from sex, some other measures can protect you against these infections.

You can use latex condoms or dental dams to protect yourself during sexual activities.

Correct use of condoms can stop the infected fluid from contacting another person’s genitals, thereby limiting the spread of the bacteria.

Another way to protect yourself from getting infected is to maintain mutual monogamy in your sexual relationship. This means you and your partner agree to be only sexually active with each other.

Staying in a reciprocal monogamous relationship with an uninfected partner is a reliable way of avoiding infection. However, before starting your relationship, you must be sure neither of you is infected with these diseases.

You can also reduce the number of your sexual partners to lower your risk of getting infected with these infections.

Ensure that you and your partners get screened regularly too. In addition, you should also avoid having sex with someone you suspect is infected.

How soon can chlamydia and gonorrhea be detected?

Suppose you have sexual contact with someone you suspect is infected with gonorrhea or chlamydia. In that case, you should let your doctor know immediately.

Chlamydia typically responds to antibiotic therapy. Antibiotics can cure chlamydia in over 95% of people if used correctly and according to the doctor’s recommendations.

The two most widely prescribed antibiotics to treat chlamydia are doxycycline and azithromycin.

The prescribed dosage is at the discretion of your healthcare provider, depending on the severity of your condition.

However, the usual dosage for doxycycline is 200 mg of the drug every day for 7 days.

For azithromycin, the commonly recommended dose is 1g, then 500 mg once a day for 2 days.

Ceftriaxone is given as a one-time injection of 500 mg, followed by oral azithromycin (Zithromax).

You can opt for an antibiotic tablet if you prefer tablets to injections. If you have visible symptoms of gonorrhea, it should take a few days for improvements. However, it might take up to two weeks to feel relief from pain in your pelvis or testicles.

It’s vital to discuss with your doctor before using any of these options. While medication may improve symptoms of the infection, it will not fix any permanent damage caused by the disease.

Long-term effects of chlamydia and gonorrhea

Many people can have gonorrhea and chlamydia without knowing they have them. This is why regular screening is recommended so that appropriate treatment can commence immediately in cases where the infection is present. Untreated infections can cause severe permanent damage to the body.

For instance, if gonorrhea is not treated correctly, it can trigger an infection of the testicles, leading to infertility in men.

Untreated chlamydia can trigger infections in the urethra and swollen or sore testicles. The disease can also spread to the prostate gland causing a condition known as prostatitis. Men with this condition may experience pain during sex, fever and cold, painful urination, and lower back pain.

In women, gonorrhea and chlamydia can cause pelvic inflammatory disease (PID). This infection can induce inflammation of the ovaries, fallopian tubes, and uterus, leading to pelvic pain and infertility through the build-up of scar tissue.

This also increases a woman’s risk of developing an ectopic pregnancy which can lead to a ruptured tube.

Gonorrhea and chlamydia also expand the risk of other STDs in infected people of any gender.

Which one is worse, chlamydia or gonorrhea?

Sexually transmitted infections are not pleasant conditions to have. Some of the complications of gonorrhea and chlamydia infections can be pretty severe. These complications are unique to each gender because of the difference in sexual anatomy.

Gonorrhea is more likely to cause long-term issues like infertility, but chlamydia can also.

Can chlamydia turn into gonorrhea?

Gonorrhea and chlamydia are caused by two different bacteria, so they cannot turn into each other. However, people infected with one of these infections are more likely to be infected with the other.

How long can you have chlamydia and gonorrhea without knowing?

Gonorrhea and chlamydia can stay in a person’s body for many years without showing apparent symptoms. Sometimes, symptoms of the infections occur after exposure to the bacteria.

For chlamydia, symptoms can occur within 7-21 days, while gonorrhea symptoms may occur within 2-14 days of exposure. Nevertheless, it is common for people to have these infections for many years without even knowing it. 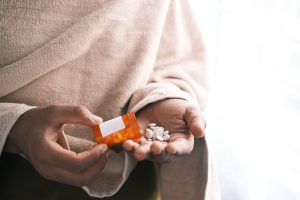 Can Antibiotics Give You a Yeast Infection: Causes and Risk Factors 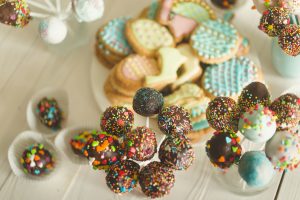 Foods That Cause Yeast Infections – What to Eat and Avoid 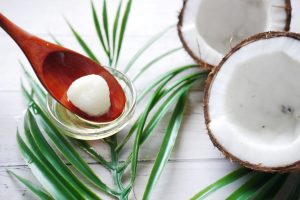 How to Use Coconut Oil for Yeast Infection